If It Seems Too Good to be True, It Might Be

This is blog going away; please subscribe to my newsletter instead!

Turns out that producing a newsletter and a blog post twice a month is too much like work. Consider joining my tribe of newsletter subscribers to continue reading my … stuff. You can unsubscribe at any time, and I’ll never share your email address with anyone else.

My next book is almost ready for you. I’ll make the official announcement in the next newsletter. And I’ll give it a new-release price.

So, Watch This Space!

Remember the last post in which I told you I compulsively adjust the back of my shirt when driving? I asked if any of you had an OCD thing.

I have an OCD thing as well. When riding my bicycle I can’t get over the silly notion that the car speeding up behind me is driven by a man who is distracted by adjusting the back of his shirt.

I Never Liked This Expression

You hear it a lot: “If it seems too good to be true, it probably is.”

It’s kinda like “Spring forward, fall back.” That’s supposed to help us remember which way to turn the clocks, and many people say “Hey, wow, good mnemonic!” But in fact, the expression “Spring back, fall forward” also makes sense. Right?

So, I have a better mnemonic for you to remember whenever it’s time to change your clocks. Here it is: “Daylight saving time sucks. I hate wasting time changing ten or more clocks and devices!” Say it with your teeth clenched.

OCD—Can Anyone Have a Touch of This?

I’ve always been interested in psychology. That’s why I majored in physiological psych in college. I ended getting a PhD in neuroscience (just like Eric Beckman!).

Three characters in Sanity’s Thief benefited from OCD (Obsessive Compulsive Disorder) medication. For example, the Ann Arden character suffered from aboulomania—pathological indecisiveness. But none of the characters had the kind of symptoms we usually associate with OCD: excessive hand washing, repeatedly checking that the door is locked, etc.

Most people think something like this: “Jeez! Why don’t they just lock the damn door and remember that they locked it?” Well, I might have thought the same thing, except that I have this one OCD thing that lets me understand what it’s like.

Here it is: When I’m driving in a car, I have the obsessive idea that my shirt is riding up on my back. I lean forward and pull it down. I know it isn’t sliding up, but seconds after I’ve adjusted my shirt, I start to think it needs adjustment again. I say to myself, “No, it’s fine, you don’t have to adjust it,” but it doesn’t help, and the longer I go, the stronger my compulsion to fix the nonexistent problem gets. I’ve had this problem for decades.

If I distract myself, I can forget about it, but sometimes I find myself unconsciously adjusting my shirt. Very weird.

It just goes to show that some mental issues cannot be fixed with conscious thought. Depression is like that, too. The person may know, intellectually, that everything’s fine, but still have a feeling of hopelessness (I have a big depression subplot in my upcoming book, Conclusive Evidence).

I wonder how many people have a touch of OCD. Do you?

Conclusive Evidence is in the competent hands of my editor, and I’ll have it for you soon (in the next newsletter).

Jumping into the Pacific in the black of night, twenty miles from shore, was a bad idea, but I couldn’t desert my wife.

Here’s picture of the boat Faith is going to jump from:

Check out the current crop of bargains.

The Lagoon Ate my Truck!

As promised in my last blog post, here’s the story (in video form) behind the minor mishap illustrated above (BTW, this video taught me that I shouldn’t look for a job as a narrator, unless the idea is to put people to sleep): 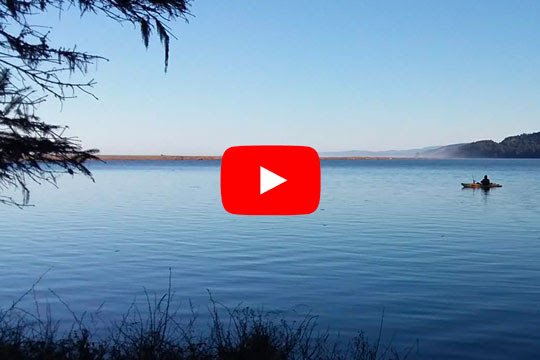 I consider that only a minor mishap. Now a major mishap would be something like this: 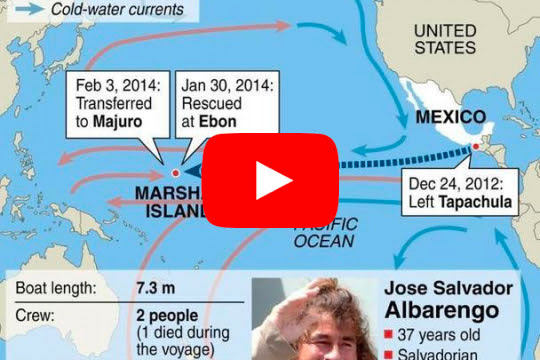 Have you got a story of a mishap you want to share? Just reply to this email and it will get to me. Warning: I may end up using it in one of my newsletters or books (with your permission, of course)!

PS Click here to check out the free and cheap book giveaways!

A genre hopper is someone who reads books in different genres. Perhaps a science fiction book one week, a romance the next, a private eye novel the third.

As both a reader and a writer, I’m a hopeless genre hopper. I’ve written books in SciFi, Paranormal, Memoir, and even Self Help. It’s not a great business strategy, because readers who are genre-loyal might not follow along and check out my newer books. But I don’t write books to make money (if I ever figure out why I write books, I’ll let you know).

My worst transgression is coming up: Conclusive Evidence. It’s a legal thriller—no spaceships, mind reading, de-aging, or prison escapes. Sorry about that!

It’s a good story, though, and several beta readers have told me it’s my best—I hope you’ll take a look (coming in March). I expect you’ll find that my books are quite similar to one another—if you like one, you’ll like the others—despite the genre differences. I was worried that Conclusive Evidence didn’t have enough humor in it, but my beta readers set me straight. When I read through it one final time, I found myself laughing a lot (that’s right, I crack myself up).

Next, I’ll be back to either an Eric Beckman book (The Mind-Reading Prisoner) or an Alex Booker book (The Extended Stillness). Here are my ideas:

Eric has always said that if he doesn’t keep his mind-reading ability secret, the government will lock him in a basement and try to figure out how his special talent works.

Well, that’s precisely what will happen at the start of this book. Perhaps Viviana, Cosmina, and Samuel Ticknor will have to find and rescue him. I enjoy writing Samuel Ticknor because he has this 1800s way of speaking. Maybe I’ll make him a point-of-view character.

I’ve got some good plot twists in mind. Unfortunately, the following book idea has also wormed its way into my brain:

This will be an Alex Booker story, but with a twist. It starts when a deadly virus spreads throughout the world. Alex Booker is the only person left on Earth … or so he believes.

This will give me plenty of opportunities to write fun adventures, and to some extent it will be similar to the first part of The Universe Next Door—the part where Jake, his grandmother-in-law, and his German shepherd must survive in the wilderness.

I’ve even got an idea for the cover:

I was thinking: Can I have humor in a world in which almost everyone has died? The answer is: Of course! I’ve been watching a few episodes of The Last Man on Earth, and they’re hilarious. My book won’t be that goofy, but there will be some laughs.

I’m having trouble deciding which book to write next.

Soon, I’ll tell you about something funny/scary that happened to me. Here’s a teaser:

The term “meta” means “(of a creative work) referring to itself or to the conventions of its genre; self-referential.” This post is very meta because it is going to refer to itself a lot. You should probably ignore this, since I’m only posting it to experiment and figure out how something works.

These days, software and apps usually have poor manuals. Describing all the details of how to use a program is a big task. In my days as a software designer, I sometimes wanted to add a great feature but didn’t because it would require a lot of explaining in the manual and help.

Today’s manuals and help often don’t go into much detail. As a result, the user has to figure out how things work by doing experiments. That’s what I do, anyway, but maybe that’s just because I used to be a scientist (I’ve had several careers—a “retread,” as my friend Jim Schuyler calls it). That’s what I’m doing with this post. I’m going to figure out how formatting in the blog post affects the formatting of the newsletter broadcast. To do that, I’ll experiment with some formatting and set MailerLite (the newsletter software I use) to broadcast the resulting newsletter to one person: me. Here goes the experimenting:

Here is an image that I’ve placed on the right with text that flows around it. I have resized the image. BTW, this is the cover of my next  book, Conclusive Evidence (I’ll release it in March).

I’m expecting that the image won’t be properly formatted in the newsletter.

Here’s a cover concept for another book I’m just starting on. This image will appear between lines of text. I’ve resized it and centered it:

Here is a link to a funny video: https://www.youtube.com/watch?v=2_NzEpRVGxQ

Here it is as hyperlinked text.

And here it is as an embedded video (using direct HTML editing):

Okay, that’s the end of today’s experimenting. Thanks for ignoring this post!

Did I Already Tell You This Story??

In the 1990s, I played trombone in a big band in the San Francisco Bay Area:

The leader, a famous jazz pianist who had worked with Benny Carter, Roy Eldridge, Clark Terry, the Supremes, and others, would often tell us jokes at rehearsals. The problem was that he would tell us the same jokes repeatedly, and the whole band would sit through the telling, trying to make themselves laugh at the punchline. Here’s one of the jokes he would tell us (I remember it because he told it several times):

A man was driving down the road when a policeman stopped him. The officer looked in the man’s car and said, “Why are there four penguins in your car?”

The man replied, “These are my penguins. They belong to me.”

“Well, you need to take them to the zoo,” the policeman said.

The next day, the officer saw the same guy driving down the road. He pulled him over again. He saw the penguins were still in the car, but they were wearing sunglasses. “I thought I told you to take these penguins to the zoo!” the officer said.

“I did,” the man replied. “And today I’m taking them to the beach.”

I worry that I’ve started repeating myself. Recently, I was in the middle of telling my friend a story, and I stopped. “Have I told you this before?”

Aargh! But I’ve learned that I’m not necessarily getting dementia. Research tells us that sometimes, even when we’re young, we may remember that we’ve told an anecdote, just not whom we’ve told it to.

So, from now on, that’s my story, and I’m sticking to it. Now, I’m going to go back over my old posts and make sure I haven’t talked about this before.

Our 2018 Video Christmas Card to You (please comment below)